This is a summary of a paper given at the Giornate teologiche (Padova, Italy, 6-7 Sept 2019), the annual theological conference of the Istituto di Formazione Evangelica e Documentazione (www.ifeditalia.org).

The adjective “catholic” and the noun “catholicity” have a bittersweet usage in ordinary evangelical language. They seem too strictly associated with the reality of Roman Catholicism to be used in a way free from cumbersome superstructures of meaning. For this unsettled relationship with the terms, some churches, in reciting the Apostles’ Creed, prefer to profess the church as “universal” rather than “catholic”. The two words overlap, but the former is less embedded in theological controversies than the latter.

The Bible never uses the expression kath’olon (according to the whole) in the theological sense. The only explicit reference, which is used in a negative form, is in Acts 4:18. The profane use of kath’olon has a variegated range including the meaning of “general”, “total”, “complete” and “perfect”. In borrowing the term, the Church began to understand it as describing the universality of the Church (made of Jews and Gentiles), the fullness of the gospel (once and for all delivered to the saints), and the global extension of the people of God (from Jerusalem to the ends of the earth).[1] 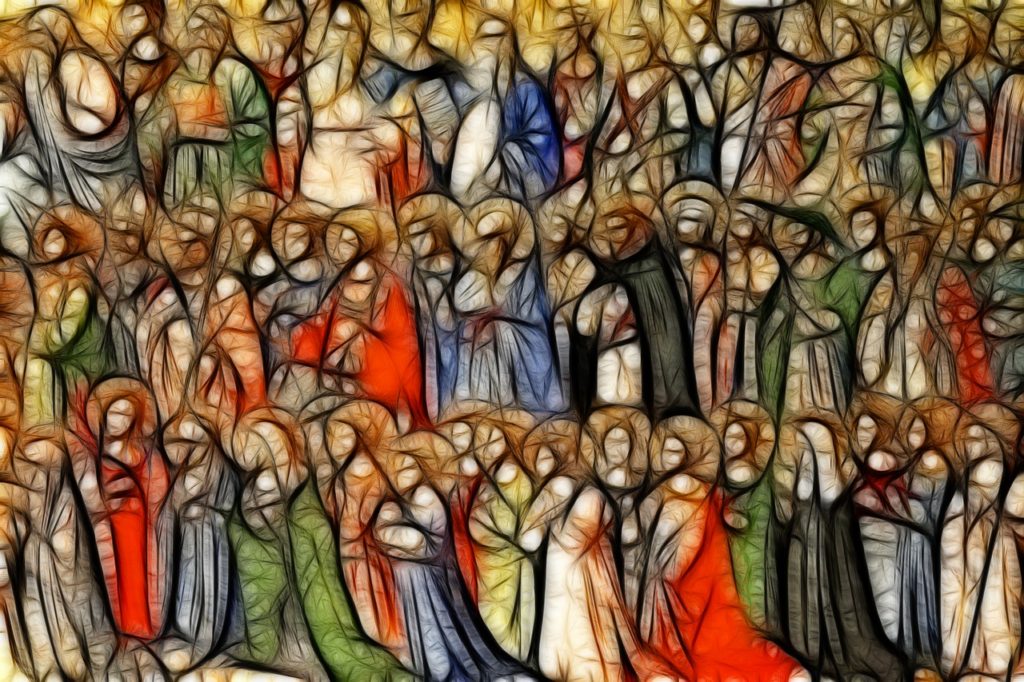 Catholicity Always in Context
In the post-apostolic age, the word “catholic” was included in the Apostles’ Creed as a mark of the Church of Jesus Christ. The Creed defines it as the “one, holy, apostolic and catholic” church. Catholicity was affirmed not in isolation, but in the context of the other three dimensions. In this sense the catholicity of the church was signified and limited by making reference to its unity (i.e. there is one people of God), holiness (i.e. the people of God as set apart by Him and for Him), and apostolicity (i.e. the people of God follow the teachings of the apostles, namely the Bible).

Catholicity is not a standalone ecclesiological parameter but one organically linked to the other three. In this way, it is protected from becoming an omnivore capable of integrating all. If catholicity takes precedence over apostolicity (i.e. biblical teaching), it becomes universalism. If holiness is left out, catholicity becomes a box void of spiritual content. If catholicity loses its connection to unity, it explodes into a myriad of self-referential units. In the 5th century, Vincent of Lérins famously summarized the contours of catholicity with the adverbs ubique, semper, ab omnibus: catholic is something that has been believed everywhere (space), always (time) and by all (extension). Despite the usefulness of the Lérinian description, notice the downplaying of the apostolic, biblical grounding of catholicity, the only external and objective criterion for it to remain anchored to God’s truth. Space, time and extension are all important markers of catholicity only insofar as the apostolic gospel is the binding framework for the universality of the church.

The Romanization of Catholicity
Out of such a looser view, catholicity was deeply impacted by the addition of a fifth mark of the church: its centering on the church of Rome, the see of Rome, the Roman authorities. Catholicity absorbed a Roman element that became so intertwined with it that it gave rise to Roman Catholicism. According to Jaroslav Pelikan, “the name ‘Roman Catholic’ conjoined the universality of the Church over the entire world, which has long been the content of the term ‘Catholic’, with the specificity of only one single see”[2], that of Rome.

Along the way, ecclesiastical voice and power supplemented and ultimately overtook biblical authority. The Roman Church grew its exclusive claims. The rise of the papacy became the climax of the Romanization of Catholicism. The sacraments were used to divide rather than to unite Christians. Accounts of the Mary of the Bible were idealized, which reflected the Roman Catholic synthesis.“In short,” the authors say,“ironic though it is, the Church of Rome is not sufficiently catholic” (p. 83). The cumulative argument presented is that Rome wants to tie its romanitas (made of imperial structure, political power, hierarchical organization, extra-biblical traditions) to its status as the only church of Jesus Christ where the fullness of grace can be found. But this is exactly the point at issue. By wanting to be Roman, the Church ceased to be catholic. The Roman mark was a spurious addition that altered the nature of the catholicity of the Church.

Back to Apostolic (i.e. Biblical) Catholicity
The Roman Catholicity was given primacy over its biblical catholicity, thus modifying the fundamental commitments of the Roman Church. The Protestant Reformation was the attempt to recover the apostolic catholicity away from its Roman/imperial/sacramental/hierarchical tenets.

Martin Luther thought that Rome had taken the Church to a “Babylonian captivity” and there was the urgent need to rescue it. In a certain sense, the Reformation was an attempt to recover catholicity by disentangling it from the Roman world and reconnecting it to the mark of apostolicity: the formal principle of the authority of Scripture and the material principle of justification by faith alone.

Certainly, the Reformation broke away from Roman Catholicism, but it did so because it wanted to restore evangelical catholicity. The Reformation did not break away from the Church; in fact, it recovered the Church by breaking from the bondage of Romanism and by restoring the apostolicity of catholicity. This is not to say that the Reformation always and consistently appreciated the unity of the Church, but its main concern was to radically question the Romanization of catholicity that had taken precedence at the expense of its apostolicity and holiness.

The Reformation reclaimed the catholicity of the evangelical faith by showing its faithfulness to Scripture and its substantial continuity with the Church Fathers, and by rediscovering the universal priesthood of believers away from the Roman, sacramental, and hierarchical division between clergy and laity. This point has been cogently laboured and argued for in recent books such as Scott R. Swain and Michael Allen’s Reformed Catholicity: The Promise of Retrieval for Theology and Biblical Interpretation (Grand Rapids, MI: Baker Academic, 2015) and statements like A Reforming Catholic Confession (2016) signed by dozens of evangelical scholars and leaders from around the world.

The whole gospel: not a truncated version of it, but the full biblical message of God Creator, Provider and Saviour of a sinful and lost world. The whole church: not a class of professionals, but the whole people of God engaged in mission to the ends of the earth. To the whole world: centers and peripheries, groups and nations, the world of business, media, work and ideas. Standing on the shoulders of the apostolic catholicity recovered by the Reformation, this is a promising way to reclaim and to live out the catholicity of the Church in our broken world.

We use cookies to ensure that we give you the best experience on our website. If you continue to use this site we will assume that you are happy with it.OkNo
Revoke cookies